Advice for the ages (and associations) from a political icon

Election Day was this week in the United States. As we elect our leaders, it’s a great time to reflect on some of the folks we’ve had in various offices in the US. And we’ve had some great ones here in Boston.

ne of my favorites was Tip O’Neill. Tip was the Speaker of the United States House of Representatives for ten years. But more critically, Tip was like a walking fortune cookie of good political aphorisms.

A few of his best known quotes bear special relevance for associations.

He’s best known for saying “All politics is local.” Boy, we’ve seen that with some of the groups we work with. Local matters. More and more, people want to engage in groups on the local level—through local working groups and programs. Tools like Meetup make it easier than ever to connect people where they live. If it’s not part of your strategy, it should be.

On Election Day mornings, Tip used to always ask his wife, Millie for her vote. He believed you had to “ask for every vote.” I love that—many associations just send renewal notices. But do they ever “ask for the vote” and explicitly ask their members to renew? Many don’t.

Finally, and my favorite, was his advice “take your job seriously, but don’t take yourself too seriously.” Life is too short to live any other way. It’s a good thing to remember, on Election Day, or any day. 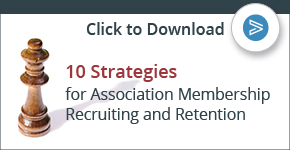 Celebrating the Power and Dedication of Volunteers