Appreciating (and learning from) Steve Jobs

It’s impossible for anyone who has witnessed the personal computer and personal technology age from its beginning to separate Steve Jobs from that incredible odyssey. From the start, he envisioned, created, and defined new platforms and categories of media experience.

Sometimes he was not the first to invent, as with the mouse, the MP3 Player, the smartphone and the slate computer. But when he turned his exceptional perceptions, sense of style and insistence on perfection to each of these tools, he exposed the limited vision of those who had first introduced these tools by reenvisioning, recreating, and redefining what those tools could be.

With a few notable early exceptions, in an industry that inexplicably tolerates the introduction of buggy products, Jobs stood alone in introducing no device – no software, even – before it had achieved a state of perfection.

He was a giant, and he stood alone. Alone in many ways. In a nation where second acts are supposed to be impossible, his own story became an anthology. First with Pixar, then with Apple. Even NeXT became the foundation for Apple’s resurgence as an OS force to be reckoned with.

He also redefined the concept of leadership in an age where corporate CEOs have become fungible suits that rotate through corner offices, making little impact beyond the depletion of corporate coffers by reason of the outrageous severance packages that have become normative in the Fortune 500 today.

We live too much today in a technology world typified by rapid growth, rapid acquisition, and rapid subversion by the acquiror, sometimes by design, but more often by simple negligence and lack of vision. Few fruits of innovation survive this process. Rather, they simply disappear. We need iconic companies, with iconic leaders, to defend and nourish innovation. No one exemplified what such a company can achieve better than Apple, while Steve Jobs was at the helm.

If there is a legacy for Steve to leave to all of us, perhaps it is this: the realization that excellence is not only worth striving for its own sake, but that a company that commits itself to striving for excellence can prosper wildly as well.

We need the example of Steve Jobs to be remembered, and emulated. Over and over and over.

Note: Andrew Updegrove maintains The Standards Blog where he examines how standards are developed, and their impact on business, society, and the future. For more information, please visit The Standard Blog at ConsortiumInfo.org 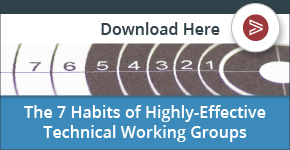