Association Finance: How Much Cash Should You Have in Reserve?

Okay, this is a strange segue into a key association finance topic, but as an association management company our clients do frequently ask us how much of a cash reserve they should have on hand. Are three months (of average operating expenses) enough; are six months too many?

Having too little or too much cash in reserve are both undesirable states for associations. Too little cash can imperil an association’s survival through economic downturns, market fluctuations and transitional periods between program and membership initiatives. Also, without adequate reserves there may not be enough resources to fund special projects. Too much cash on hand may mean that the association isn’t leveraging available resources to best advantage toward achieving its goals and mission.

Among Virtual, Inc.’s 40 or so current association clients, cash reserves range from a high of 19.4 months of operating expenses to a low of “it might be time to revisit whether the world really wants or needs this group.”

Virtual sets six months of cash reserve as a target benchmark. Associations that have been around for a long time tend to exceed that threshold, while newer ones generally are in the process of accumulating reserves toward that six-month goal.

The American Society of Association Executives publishes a useful benchmarking series on association finance called simply “Operating Ratio Report.” The survey report charts key association financial metrics among hundreds of responding organizations, including both 501 (c)(6) and 501 (c)(3) entities of different sizes. Among those respondents, roughly two thirds had established a formal reserve fund policy, up from only half of responding associations in 1999.

As for the magic number of months of reserve, the age-old question, “are three prunes enough, are six too many” finally has been answered. It’s six prunes. The median reserve target among “Operating Ratio Report” association respondents was 50 percent of the annual operating budget or six months of cash reserve – precisely Virtual’s client target. 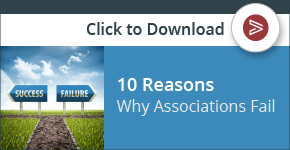