Does Your Association Have a Private Online Social Community?

The legendary Augusta National Golf Club is home to the annual Masters Golf Tournament, and it’s one of the finest golf courses in the world. But beyond the club’s reputation for world-class golf, it’s also one of the world’s most exclusive social clubs. Augusta’s 300 members include Fortune 500 CEOs, former cabinet officials and the top two men on the Forbes 400 ranking of the wealthiest individuals, Bill Gates and Warren Buffett.

As for the golf, some days so few members play Augusta that it’s reportedly tough to find a partner for a round of 18.

Augusta National is one of the world’s best examples of a private social community where each member has opted in and is carefully screened to enhance the experiences of all other members. Now think about the members of your association who have already opted into a community of common interests and mutual benefit. Aside from contact at association meetings and conferences, how do they interact with each other? Increasingly, it’s via a private online social community, especially if your organization has lots of millennials as members.

Surprisingly, though, too few associations have made the leap to implementing their own private online social communities. Based on results of a Virtual, Inc. survey of associations and non-profits, published earlier this year, just 25 percent of respondents said they had implemented – and were actually using – a private online social community for their members and stakeholders. Conversely, 82 percent of association and non-profit respondents reported using Facebook, 54 percent said they leverage Twitter, and 49 percent reported using LinkedIn. The LinkedIn and Twitter numbers were higher for trade associations.

Let’s say your association hasn’t built a private online social community and is, instead, using a LinkedIn group for this purpose. If this is the case, you may be ceding part of your relationship with members to a larger potential competitor, which LinkedIn certainly has become.

There are currently some 54 thousand LinkedIn groups with the word “association” in their names (perhaps even co-opting your own organization’s name). The active LinkedIn users in these groups are called “members,” and many enjoy increasingly valuable online networking benefits. Many or most of them may be members of your association, and LinkedIn is both providing social networking value and gathering data from them to deliver personalized offers that your members aren’t getting from your organization. LinkedIn is already grabbing market share and mindshare from long-established associations and even migrating its active users and group “members” from free access to premium subscription plans that have nothing to do with your association.

Still, your association has something LinkedIn and other general social media lack – exclusivity. If you haven’t built a private online social community, you are likely missing the opportunity to engage your members and establish a unique social experience the way Augusta National and hundreds of private business and social clubs have for centuries. It’s worthwhile to remember that while many associations are losing members to the likes of LinkedIn, individuals are still trying mightily to get into private social clubs like Augusta. And often being turned away.

This is not to say that the big social media platforms don’t have their place for your association. But perhaps it is time to rethink leveraging them for what should be an exclusive social community experience that your association controls.

Take a moment and try to imagine what Bill Gates and Warren Buffet must talk about within the confines of their clubhouse. Then try to envision what a private online social community of your influential, like-minded members could do for their interests – and for those of your association. 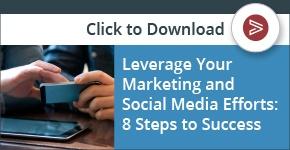