Five Reasons Why Lockstep Board Leadership Succession Makes No Sense

The model works like this: seemingly worthy candidates are culled from the association board (which may be a body that is too large and unwieldy for effective governance) and slotted into a queue for officer or executive committee positions. From there, their succession to higher office (often annual) is preordained as each person rises automatically through the ranks of responsibility, culminating with their ascension to president (or chairman).

The good news is that each president has had a turn holding each significant office, including secretary, treasurer and whatever other leadership positions are specified in the organization’s bylaws. But here’s the bad news and five reasons why this model doesn’t make sense:

1. It takes time to learn a job well. A year of part-time service as, say association treasurer, barely gives an individual an introduction to association finance. Then what? He or she moves onto the next job with barely an idea of how to do the one just past. In his 2008 book, Outliers: The Story of Success, author Malcolm Gladwell frequently mentions “the 10,000 hour rule.” In essence, his claim is that the key to success in any field is largely a matter of practicing a specific task for a total of around 10 thousand hours. Now, this is a high bar that few association leaders will ever reach, given the part-time nature of association leadership. But does it really make sense for someone to move up to the next tier of responsibility after putting in less than 10 thousand minutes on the job (about three hours per week)? The truth is that there are many volunteers who hold treasurer or secretary jobs for years and excel at them, while they may never be a good fit for the office of president.

2. Continuity is lost with rapid-fire succession. Imagine if FDR had been forced out of office after a year as president during the early stages of the Great Depression. And if we had had nearly a dozen different presidents attempting to guide the United States through the worst economic slump and the largest war in our history. Had that been the case, we might all be talking to each other today in German about our 85-year economic depression. It makes no sense for leaders to leave office just after getting their feet wet.

3. Officers sometimes advance just for showing up, not necessarily based on the merits of their talents, abilities or contributions. What if one of the anointed leaders in the succession queue turns out to be a dud? Well, it happens. In fact, it happens a lot. Does it make sense for a poor performer to hold positions of increasing responsibility with few opportunities for redress? Many association bylaws have mechanisms for removing board members and officers, but generally these are measures of last resort and rarely employed. If you have a dud in office, moving up through the organization’s ranks for years, what will this do for your association’s fortunes? What if you have two duds?

4. Contributions from new talent coming into the organization are suppressed. No one wants to see their association community turn into “an old boys’ club.” But that’s what can happen when the same faces are locked into leadership positions year after year with little opportunity for outsiders. With so many new, smart, qualified and engaged members joining trade and professional associations every year, lockstep succession can disenfranchise individuals who are both motivated and perhaps better-suited to contribute their passion and expertise. Many worthy leadership candidates just won’t hang around for a decade waiting for their shot. This is especially true for millennials, who tend to be more productive than patient.

5. Presidents seeking to leave their mark on the organization may instead deface it. Every leader wants his or her legacy to include leaving the organization better off after he or she has led it. But with so little time in office – often just a year – this can invite wrenching changes as each short-time president seeks to leave a mark. In attempting to craft a masterpiece legacy, the president of the year can instead deface the group with the equivalent of organizational graffiti. How many times have candidates for U.S. president campaigned on the basis of maintaining the status quo of a predecessor? Few if any. And how many times have candidates promised sweeping changes that left the country worse off? Many. Imagine the whipsaw governance that we would have if each U.S. president assumed and then left office annually.

Lockstep succession models make no sense and are bad business for associations and professional societies. If yours has one, push for a more flexible, modern model instead of one that will create another old boys’ club. 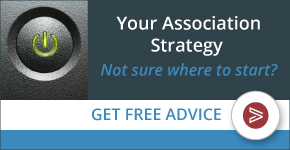 What Makes Virtual a Special Place to Work

NVM EXPRESS, INC. ELECTS FACEBOOK AND TOSHIBA TO BOARD