Maybe It’s Time to Dust off that Old IPR Policy

For a technology consortium that plans to create any type of deliverables — particularly specifications — an intellectual property rights (IPR) policy is absolutely essential. Not having one will almost certainly discourage some or all participants from actively contributing to such efforts. Worse, adoption of your organization’s specifications will almost certainly be limited if implementers are not sure what licensing rights they have or need. Consortia do themselves a big favor, then, by defining and making readily available IPR Policies as early into the organization’s life cycle as possible. What’s more, associations are generally encouraged to develop such policies before any work on deliverables has begun. While all IPR Policy negotiations among members of a technical consortia can expect to get contentious at some point — and why not, given the potential financial stakes involved — the process only gets thornier when a late-to-bloom IPR Policy is the only thing standing in the way of technical progress.

Given the pains and complexity involved in getting an effective IPR Policy negotiated among multiple stakeholders, many consortia tend to post their IPR Policies to the website and try to never think about them again. As tempting as that may be, it’s not really the best strategy. In fact, most legal counsels will tell you that no IPR Policy should be considered “set in stone.” Rather, all consortia should endeavor to formally review their IPR Policies (and ideally in conjunction with that association’s legal counsel) at least on annual basis. There are several important reasons for this recommendation, including:

– To ensure the IPR Policy still reads well against the latest regulatory climates among the different countries and jurisdictions where the materials developed may be used. For instance, regulatory agencies in the U.S. are currently scrutinizing policies around RAND-based IPR Policies more than ever before, the worry being that many RAND-based policies are too loose to enforce. Against this backdrop, some associations have already begun tightening up their definitions of RAND licensing, or adjusting their policies altogether.

– To check that the organization’s IPR Policy still aligns with the needs and expectations of the industry. For instance, are organizations not adopting your specifications because the license terms are too prohibitive? Or maybe too loose? Are implementers finding it hard to procure licenses from member companies?

– To do occasional housekeeping. As noted above, many associations forge their IPR Policies before any work in the organization is ever done. This is a good thing; however, such policies cannot always forecast all of the needs and edge cases of a consortium that’s been in operation for a few years. Conversely, as they evolve, many consortia find that their IPR Policy is heavier than needed. Paring down un-needed parts of the policy should not be difficult, and most efforts to do so have positive consequences for your organization.

The bottom line is that while entirely necessary to any tech consortium, its IPR Policy shouldn’t be perceived as a scary document — or an untouchable one. Rather, it should be seen as a living document that an association can and should adapt from time to time to suit the needs of its members and its industry. 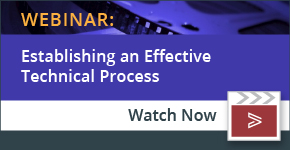