This blog posting could have easily been called “Why does the member from Finland always fall asleep during our Board calls?” (And, yes, I speak from experience.) Snoring Board members aside, the topic is a very serious one for any association that is already international in scope or plans to be. When an association branches out beyond U.S. membership, its takes on particular responsibility to accommodate its global participants.

Below are a few ways associations can do their part: 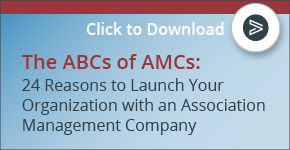 Looking for an Executive Director? Here are five tips ...

Career Tips on Finding and Creating a Great Place to Wo...