That’s why it’s so important to think about your mix of members at launch. Consider:

Industry leaders. There are some companies that people expect to see at the table because of their industry position. Launching a mobile-based standards setting organization, for example, without players from major handset makers such as Samsung, Apple or Motorola will not pass the “credibility test.”

Large and small. Large players often like to be around the smaller players, as they’re nimble and drive market innovation. Small companies like to be around large players as a chance to make connections. It’s important to have both at the table initially to show your consortia won’t be strictly for one or the other.

Geographic diversity. One of the biggest (often legitimate) criticism I hear of many groups is “they’re too U.S.-centric.” Consider this from the outset by ensuring that your founding members reflect the geographic diversity that you’re striving for.

Besides getting the right members at the table, you need to be ready to capitalize on their willingness to engage. Build the cadence for engagement from the launch momentum. Involving your founding members early and often will solidify your positioning with this key constituency and set a positive tone with those that can help drive your future success. 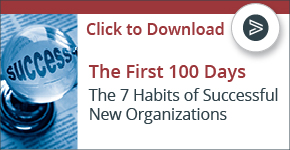